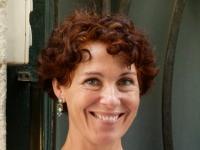 Wherefore come out from among them, and be ye separate said the Lord, and touch not the unclean thing, and I will receive you: 2 Corinthians 6.17.

It seems that Jackie Kaye’s book gave us a taste for literary memoir so this month we chose Rebecca Stott’s “In the Days of Rain: a Daughter, a Father, a Cult” (2017) winner of the Costa Biography Award 2017, and also, as a comparison, Tara Westover’s “Educated”. It proved to be an interesting comparison, Stott’s book is an account of growing up in and breaking away from the Exclusive Plymouth Brethren, a deeply repressive fundamentalist Sect/ Cult , and Westover’s is also about growing up and breaking away but from an abusive survivalist Mormon family.

Stott was born into the Exclusive Brethren in 1960 and stayed in it until her family broke away in 1967. It was a sect started by J.N.Derby in the 1820s that lived according to the text above. Accordingly, there were no radios, TV or cinema and no socialising with people “in the world”. Women were expected to be subject to the men, dress modestly with long hair and cover their heads. There were no ministers, but services or meetings were conducted by extempore prayers, unaccompanied hymns and close study of the scriptures. Within this structure certain brothers inevitably rose to power. If they had a strong personality and a gift for preaching and elucidating the scriptures they became ministering brothers as did Rebecca’s Grandfather and Father.

Such brothers wielded much power and international leaders emerged, in particular, one James Taylor (JT) an American brother. Under his leadership what had been a strict fundamentalist sect became an extreme cult; in 1960 he passed laws banning Brethren from eating with non-Brethren, joining business associations and certainly not going to university.

I have a particular interest in this book because I was born and grew up in the Brethren, but in 1960 when these strict laws were made compulsory my family and other moderates left. I was then 17 and this was the year that Rebecca was born into what her father later called the Nazi decade. I well remember her Grandfather coming to preach at our meeting, accompanied by her father, then an adolescent boy. Her uncle Moreton was a friend of my Grandmother and I often met him when I stayed with her.

With us moderates gone, the Brethren became more and more extreme and punitive. Families were split as Brethren would not have anything to do with ex-members and there were suicides. My cousin aged 19 left with us and never spoke to his parents again and my Father was not allowed to visit his dying mother.

The final straw for the Stotts came in 1967 when a now alcoholic and demented J.T. was found in bed with another brother’s wife and her family left the Brethren. They had been more rigid and extreme than my own family and the scars ran deep for all of them. Stott’s book is an account of how she came to terms with her own nightmares but even more of the effect on her father. Much of her material comes from his diaries and what he told her near his death as he tried to analyse the ‘Nazi decade’ and his part in it. As a historian and academic, she has delved back into the origins and history of the sect and her family and also sets out the decline from the sect in clear detail.

Her father was a brilliant man – one of the last of the Brethren to got to University, extremely well-read. He then gave it up to become a powerful figure in the Brethren. Cast adrift on leaving, he returned to his love of literature to become a writer, actor and film director until his addiction to gambling led to fraud and prison. He had a profound effect on his daughter who eventually went on to become a writer, academic and broadcaster. Her latest novel ‘Dark Earth’ is just out and she was elected a Fellow of the Royal Society in 2021.

The book is well crafted, opening with a poignant account of her father’s death in his Fenland house as a white Barn Owl flew overhead. It is not only a factual account of the history of the Brethren and a detailed account of what led to his family’s departure, but also a study of a larger than life man and her relationship with him, it is also an account of the long-lasting of effects of such a cult and the fears and nightmares that remain with her to this day.

I enjoy the way she has tuned into the Brethren’s terminology and way of speaking which I remember so well: like her I was bemused by such hymns as “All Things Bright and Beautiful” which she sang when she was eventually allowed to attend school assemblies. Outside was a strange and alien world.

This is an insightful account of how basically ordinary, decent people can turn on one another in cruelty and be brainwashed by powerful people and religious dogma. They still continue to prosper although I notice they are working on their public image and there is some slight communication with family members, possibly to take a claim in family money.

Our second book ‘Educated’ (2018) is by a young woman who also grew up and then broke away from an extreme religious home also isolated from normal society. Tara Westover’s family are Mormons still living in Idaho but are extreme even for that religion, compounded by her father’s bi-polar disorder and dictatorial nature. He believed implicitly that the second coming was imminent, and the family had a storehouse of tins and jars of food in readiness. Tara reported his look of disappointment when nothing happened at the appointed hour and felt almost sorry for him. He did not believe in hospitals or schools which he thought were run by ‘illusionists’ and the family did not receive the treatment they needed despite some horrific accidents.

Her mother was a healer, using touch and herbs which Tara helped boil up, and she was an experienced but unqualified midwife. Her cures were often called upon because this was an extremely accident-prone family, largely due to her father’s disregard for safety. In the end her mother’s remedies became an extremely profitable business. From an early age Tara had to work in the family scrap-yard, heavy, dangerous work. Finally she refused to work there anymore and took herself to school against her father’s wishes. Largely self-educated, she studied hard to catch up with her peers, teaching herself trigonometry and advanced Maths until she was able to gain a scholarship to a Mormon College, then Harvard, and finally Cambridge where she gained a PhD.

The memoir has attracted attention because of the extreme nature of her upbringing but especially because of the physical abuse – her father’s treatment of her as she worked in his scrapyard and what she suffered at the hands of her older brother who was likely brain-damaged by one of his accidents.

It is an interesting study of the ambiguous relationships within such a family. It is also horrifying study of those who live on the fringes of society and how easily such people become conspiracy theorists and Trump supporters. It is an absorbing read which we all enjoyed.

Our next book is “Women of Rothschild” by Natalie Livingstone.