PCC ANNOUNCEMENT: “The Reverend Pete Molloy has been appointed Rector of Buxted and Hadlow Down. Pete comes to us from Canada, where he has served in parishes in Saskatchewan and Ontario. He has now been granted the necessary visa to undertake this role, though his post is subject to legal formalities. We look forward to welcoming him, his wife Ann and son Simeon. The date of his institution and induction will be finalised in the near future.” 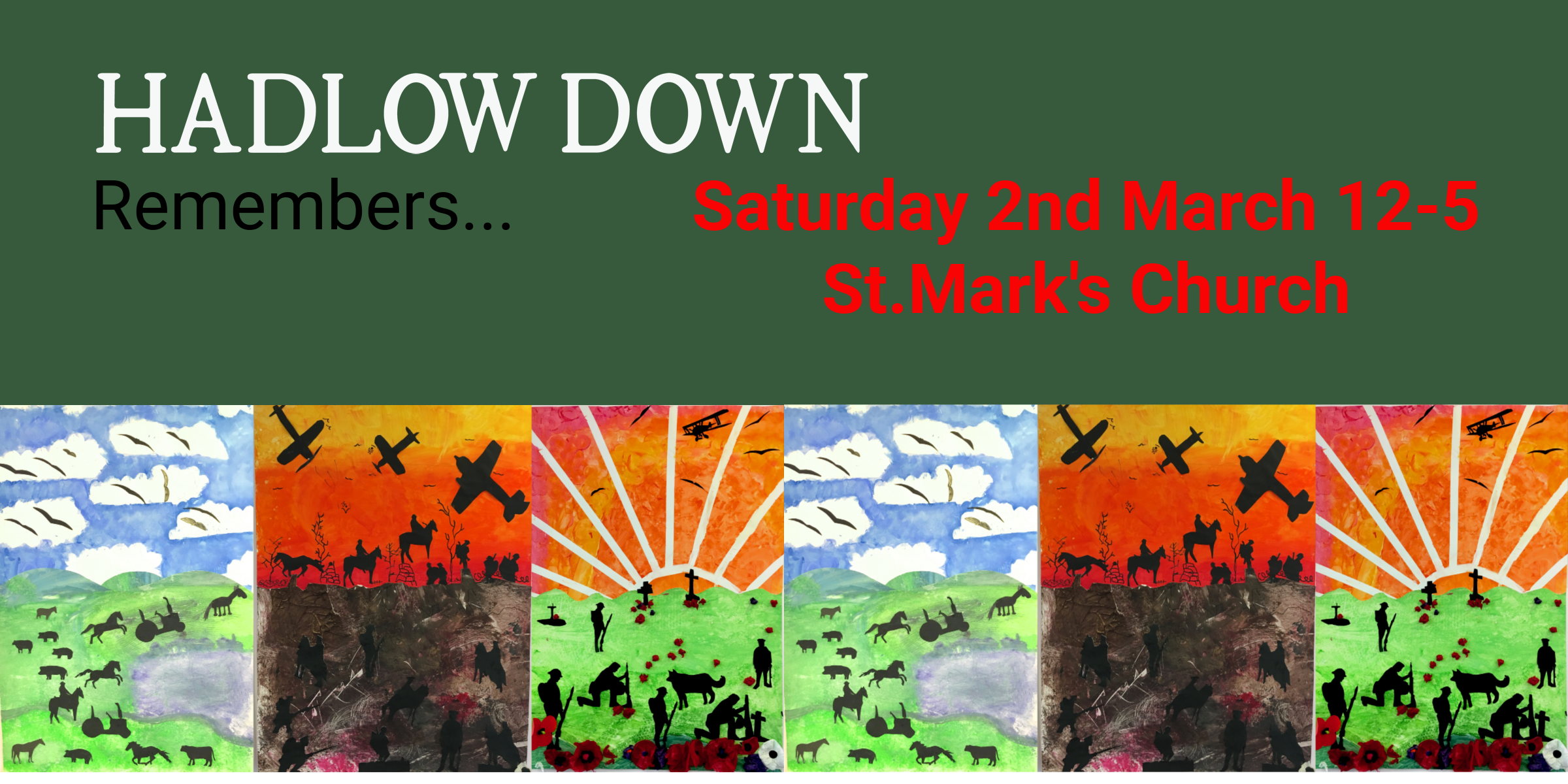 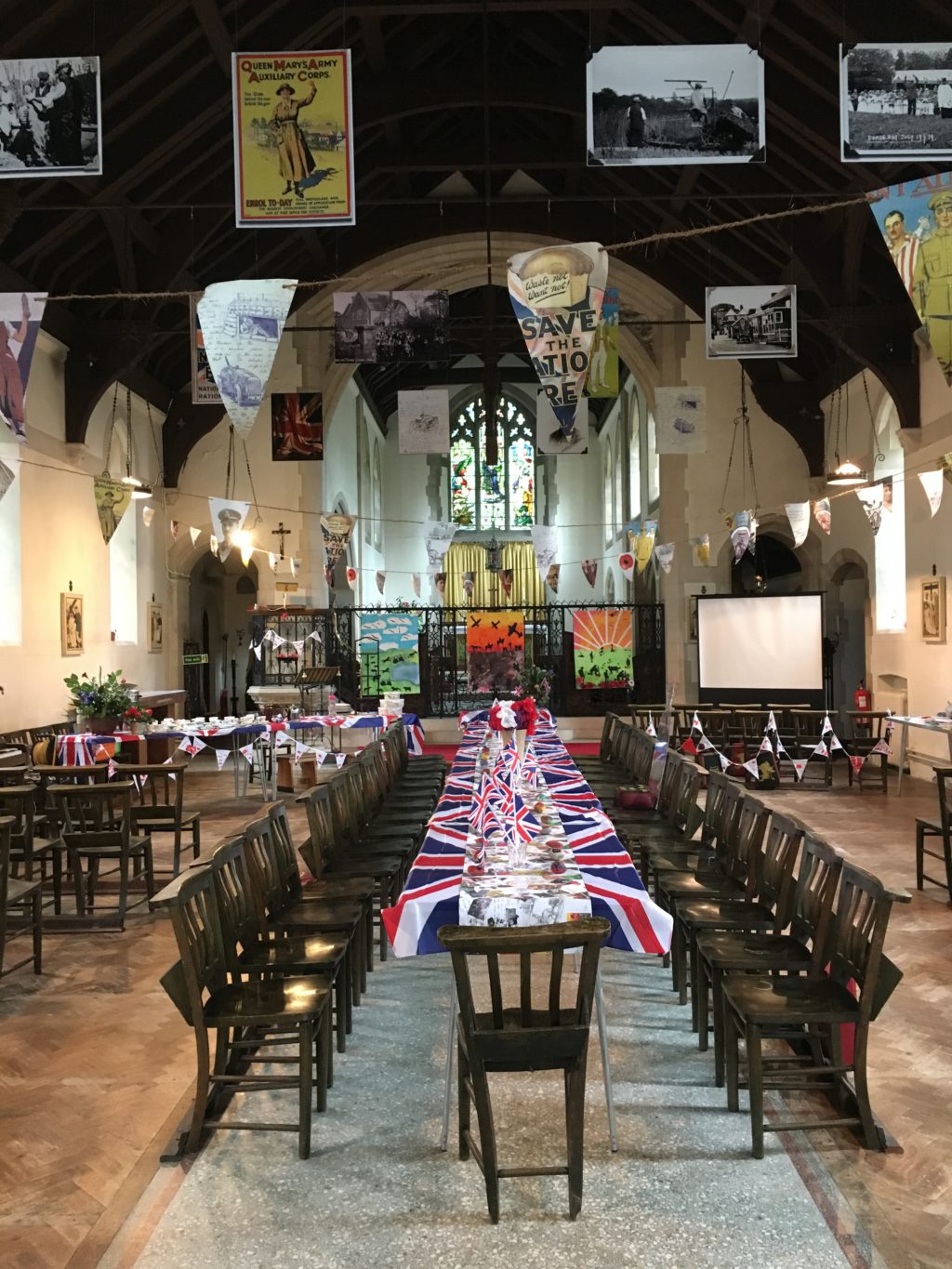 In the autumn of 2018, the Parish of Buxted and Hadlow Down received a National Lottery grant of £10,000 for a project ‘Remembering our Heroes’ within the parish but mainly in the Hadlow Down area. Awarded through the Heritage Lottery Fund’s First World War then and now programme, the project focused on paying tribute to the men and women from our community who bravely served their country during WW1.

END_OF_DOCUMENT_TOKEN_TO_BE_REPLACED 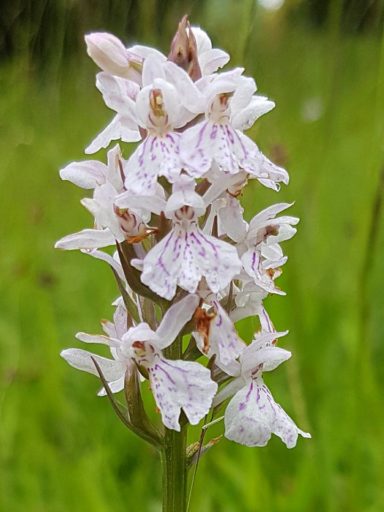 As the countryside in Britain becomes more industrialised and urbanised, there are fewer places for wildlife to live and wildflowers to grow. But there are tiny areas in every village, town and even city that are holding out against the onslaught.

These are churchyards, and in some parts of the country they are the only protected eco-systems in their area where remnants of the local flora and fauna can survive.

Graveyards have become important havens for our native wildflowers and a host of creatures…there are some glorious examples of this at St.Mark’s as this lovely photograph by Nicola Neal reveals. Do have a walk through the churchyard if you can.

Entering by the west door, the BAPTISTRY in the north west alcove contains the original FONT dating from 1833. The brass cover to the font is engraved to the memory of Miss Breeze and was presented in 1950.

The opposite alcove on the south side contains the SHRINE OF REMEMBRANCE where parishioners who fell in two world wars are commemorated. The prayer desk which faces the memorial tablet was at Hadlow Grange for some sixty years.

The handsome TAPESTRY KNEELERS, designed by Margaret Macdonald and executed by ladies and friend of the parish, were completed in 1971.

The fourteen STATIONS OF THE CROSS on the walls of the nave are of moulded plaster coloured by the Baroness de Coudenhove (as an artist known as Emily Nicholson) were presented in 1953.

The raised DAIS, PRESIDENTS CHAIR AND PORTABLE ALTAR TABLE at the front of the nave were introduced in 2001, purchased by a trust fund established from a bequest from Mrs Costello, a daughter of Mr C L Huggins. The PULPIT and LECTERN are distinctive for their ironwork. They were specially designed to blend with the 17th century ironwork adapted as a CHANCEL SCREEN. The portable SPEAKER’S STAND in wrought iron and brass was donated by ladies and friends of the church in 1995. The extensive use of wrought iron in St. Mark’s recalls the local iron industry which was so important to the economy of this part of Sussex in the Tudor period.

The HANGING ROOD in the chancel arch was carved in Oberammergau and presented to the church in 1913 by Revd B Spink.

The ORGAN is the fourth instrument since the rebuilding of the church. The chapel of 1836 had no organ but it is recorded that one Jack Wren of Blackboys played the bass viol, his son the bassoon, and one Walter Bean the clarinet. The present organ is an electronic Two Manual Overture Classical organ from Makins and was purchased by the Costello Trust Fund mentioned above. It was first used in December 1993 having been installed by Charles Smith in his fiftieth year as parish organist.

The HIGH ALTAR has a marble MENSA and handsomely carved front. It was presented by Mr Huggins who also gave its ornaments of moulded brass. These were silver plated in 1970 as a memorial to Ada Florence Turner by her husband. (These are only on display during services.}

The PROCESSIONAL CROSS, with enamelled representations of the four evangelists, was used for the first time on Easter Day, 1934. It was given en memory of Viscount and Countess Hood, who once lived in the Five Ashes area of the parish. It was fashioned by Captain Ward, brother of the Countess.

The LADY CHAPEL on the south side of the nave is one of the most attractive features of the church. It was particularly designed for private prayer and meditation, and the Blessed Sacrament is perpetually reserved here for the sick and dying.

Above the Lady Chapel altar is a depiction of the MAGNIFICAT by Edward A Fellowes Prynne (brother of the architect). The picture was exhibited at the Royal Academy in 1897 and, until placed here, was hung in the hall of Hadlow Grange.

The windows in the Lady Chapel depict the Christian year in wild flowers and were given in memory of Charles Lang and Agnes Maud Huggins by their nine children. There is also a wall plaque commemorating the lives of the three sons of Basil and Rhona Huggins, who were killed in action during the Second World War. Mr C L Huggins himself lies at rest in the churchyard immediately east of the Lady Chapel.

The CHURCHYARD was closed for burials by an Order in Council in 1985 when the new adjacent burial ground, the responsibility of the Parish Council, was opened. A pathway from the west door to an Anniversary gate leading to the new burial ground was opened in 1986. The Churchyard contains seven official war graves from the First and Second World Wars.

In commemoration of the Queen’s Silver Jubilee, a wrought iron Jubilee gate was erected at the entrance to the churchyard from St Mark’s Church of England Primary School

The wild flowers in the churchyard are very fine, and some of the grass is not mown in summer so that they may flower and seed. The churchyard is classified as a site of Nature Conservation Importance.

Free copies of this Guide are available in the church

The congregation of St Marks will be delighted for you to join them for worship or to visit the church. We have a weekly Sunday service, usually at 9.00am, as well as special services for festivals.  Full details on our website. The church has strong links with the village school, and children are very welcome at all services, with especially family-orientated services on the second and fourth Sundays of the month.  To arrange baptisms, weddings or funerals, contact the Rector.