Biographies of notable village residents past and present will be added to these pages as they are acquired by the Trust.
If you can offer an existing biography or have written one or can offer additional information we will be pleased to add it to the pages.

Died November 2nd.  at the age of 98 .
Past resident of Hadlow Down and wife of John, mother of Alison and Simon, Was a key member of the Variety Club and the Horticultural  Society as well as being a one-time co-editor of the Parish Magazine. 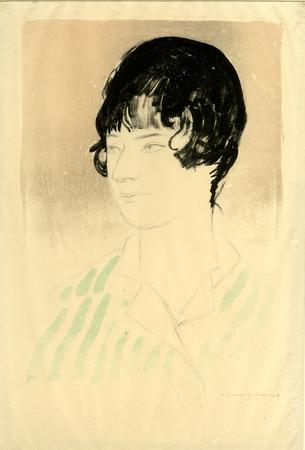 Marian Henderson, later Baroness de Coudenhove, (28 May 1880 – 1967) was a British painter and sculptor notable for her animal paintings.
Henderson was born in Eastbourne in Sussex and with the encouragement of her mother, a keen amateur painter, she attended the South Kensington Schools before studying at the Slade School of Fine Art between 1903 and 1905. Henderson continued her art education in Paris. For periods of time, between 1908 and 1912, she took lessons at various ateliers in the city including the Academie Moderne, the Académie Colarossi, the Académie de La Palette and at Cercle Russe. In 1912 Henderson studied with Othon Friesz before spending 1913 in Italy. After some time on the island of Guernsey, Henderson enrolled at the Chelsea Polytechnic in 1916, where she was taught lithography by the artist Francis Ernest Jackson. In London she became a frequent visitor to London Zoo and animal drawings and paintings became a major theme of her work. In 1924 Henderson had her first solo exhibition at the Leicester Galleries in London.

In 1928 Henderson married Henri Baron de Coudenhove, the French consul to Guernsey. The couple lived on the island during World War II and throughout the German occupation. Baron de Coudenhove died towards the end of the war and in 1946 Henderson moved to Hadlow Down in Sussex. She continued painting into the last years of her life.

During her lifetime she exhibited at the Royal Academy, with the Women’s International Art Club and the Society of Women Artists. A joint retrospective exhibition of her work, with that of her friend Orovida Pissarro, was held in 1985 at the Michael Parkin Gallery. Sally Hunter Fine Art subsequently held exhibitions of her work in 1999, 2001 and 2004 at various locations. The Tate holds two examples of her work, both from 1916, while the British Museum holds several pieces. The Victoria and Albert Museum in London, the Fitzwilliam Museum in Cambridge and Manchester City Art Gallery also hold works by Henderson.

PC Noakes was  born in Hadlow Down in 1890 a Sergeant number 204669 in the Hampshire Regiment 15th (Hampshire Yeomanry) Battalion. He died age 28 the husband of Alice Annie Noakes.
Harry Noakes was killed at Tynecotstraat on the 9th. August 1918 and is remembered on the Tyne Cot Memorial.
He enlisted at Winchester when he gave his residence as Crowborough, Hants (?)
Harry Noakes joined the Surrey Constabulary on 16th September 1912 aged 22, and was sworn in at Guildford before Col. Ricardo and Capt Briscoe on 20th September 1912. His appointment number was 1630 and his collar number 214. At the time of his appointment his gave his trade as Groom working for Mr Les Chattas at Highams.
There were considerable allied advances throughout the Western Front during the second week of August 1918. The Tyne Cot Memorial is one of four memorials to the missing in Belgian Flanders, which cover the area known as the Ypres Salient.

Mrs Edward Ford (Margaret Ann Watson), 48, was the daughter of William and Catherine Margaret (née
McGregor) Watson of Bracadale, Isle of Skye.
She married Edward Ford, an Englishman, at Hadlow Down, Sussex, on 17th June, 1890.
They had five children Frances, Dollina, Edward, William and Maggie. Following the birth of the couple’s
fifth child, Robina Maggie, on 25th April 1904, Edward had deserted the family and Margaret was left to
eke out an existence as a poultry farmer. Her eldest daughter, Frances, was already in the United States
working as a domestic servant, and so impressed the family with tales of a better life that Margaret
decided to leave their home in Sussex for America. Travelling with them was Margaret’s
sister Eliza with her family and a friend of Frances’, Phoebe Alice Harknett. Margaret bought ticket no.
W./C. 6608 (£34 7s 6d) for her and her children, they boarded the Titanic at Southampton.
The entire party of ten were lost in the sinking. None of their bodies were identified amongst those
recovered after the sinking. Edward Ford later filed a claim for the loss of his family and was awarded
five shillings per week.

Miss Dollina Margaret Ford
Dollina Margaret Ford was born to Margaret and Edward Ford on the 13th June 1891 in Hadlow Down.   Her father registered her birth on the 29th of July.  She was the couples first child.
She was Baptised at the Parish Church of St Marks on the 23rd of August 1891, a year after her parents Edward and Margaret were married there.
Dollina boarded the Titanic at Southampton as a third class passenger, together with her mother and siblings. All were lost in the disaster, their bodies, if recovered, were never identified.
Note
In the passenger list she is listed as “Daisy” Ford. 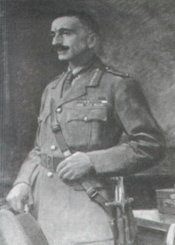 Brigadier-General Edmund William Costello, CMG, CVO, DSO (7 August 1873 – 7 June 1949) was a British Indian Army officer and a recipient of the Victoria Cross, the highest and most prestigious award for gallantry in the face of the enemy that can be awarded to British and Commonwealth forces.
Costello was born in Sheikhbudia on the North-West Frontier of India, the son of a colonel in the Indian Medical Service. He was educated in England at Beaumont College, Stonyhurst College and the Royal Military College, Sandhurst. In 1892 he was commissioned into the West Yorkshire Regiment, but transferred to the Indian Army in 1894 and was posted to the 22nd Punjab Infantry.
He was 23 years old, and attached to Punjab Infantry during the Malakand Frontier War, when the following deed took place for which he was awarded the VC. END_OF_DOCUMENT_TOKEN_TO_BE_REPLACED

Diana Hope Rowden (31 January 1915 – 6 July 1944) served in the Womens Auxiliary Air Force and was an agent for the United Kingdom‘s clandestine Special Operations Executive (SOE) during World War II. Rowden was a member of SOE’s Acrobat circuit in occupied France where she operated as a courier until arrested by the Gestapo. She was subsequently executed at the Natzweiler-Struthof concentration camp. END_OF_DOCUMENT_TOKEN_TO_BE_REPLACED

Mr Neil Patrick Kempson
14th June 1960 – 2nd September 2020
Neil was born in Oxford and moved to Crowborough during childhood , settling in Hadlow Down in the late 1980’s. He was an integral part of village life , working for many years at St Marks Primary School, a long standing Barman at the New Inn ,and a regular contributor to village events through his catering skills and Hog Roasts. He was also a much loved part of the Mayfield community working as Teaching Assistant & Site Manager of Mayfield Primary School .